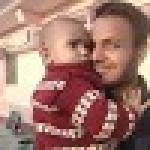 People are nowadays more engaged with each other than ever before. Thanks to smartphones, the web and social media, internet, and the glut of digital devices like smartphones, tablets, iPads, and laptops. The important question is these modern gadgets making our lives better or worse off?  A lot of research shows that social media use alone can’t be the reason for loneliness, because it is primarily a tool to build and strengthen our genuine connections with others, which are important for a meaningful life.

To fully understand the effect of social media on user’s mental health, first, we need to know more about loneliness, its harmful effect, and its connection with the access use of social media. In western countries, there is a lot of awareness about loneliness. There was one survey done in Australia in the year 2018, where it was found that almost 25% of participants reported feeling lonely thrice or four times a week.

Social media has become an integral part of people’s lives, and it influences almost all relationships.  The main purpose of creating social media platforms was to improve communication among individuals and bring them together by sharing things that are important. Alas, now most people consider it as a substitute for personal connections.

Many research made in this field discovered that social media is most effective in negotiating loneliness, and depression since it improves existing relationships, and is also helpful in creating meaningful connections. Unfortunately, it can also prove to be counterproductive if used as a substitute for real-life situations.

Tech experts often go gaga about social media’s presumed benefits, such as enhanced connectivity around the clock. But often the quality of such connections is questionable. Robert Weiss, a leading Psychologist discussed this in detail by making a distinction between social loneliness, and emotional loneliness. Usually, social loneliness happens because of a lack of contact with others, while emotional loneliness can occur even if one has many connections. What needs to be considered is whether these connections are providing support, identity and feelings.

Is loneliness connected to Gender?

Generally, women are focused on social media issues and are under a lot of pressure to conform to their expected gender roles. Hence, men often get sidelined, which further adds to their agonies because they are already trying to fit in with societal expectations. Social media is the source of a lot of misinformation about how men should negotiate their mental health issues.

Men generally avoid expressing their emotions on sensitive issues or ask for help on social media channels. Men usually develop body image concerns after seeing tall, well-built, muscular, and perfectly toned bodies with six-packs of male celebrities, or actors on platforms such as Instagram. This leaves most men dissatisfied who think they don’t fit in as per the image of archetype man. According to a survey, 28% of men felt concerned about their bodies and 11% even thought of committing suicide.

Talking of statistics, men are comparatively more likely to commit suicide than women. In 2018 in the UK, out of 6,859 people that died from suicide, 5185 were men. Therefore, 80% of suicides happened among men, and 70% of those who died had no history of mental illness. Normally, people join social channels essentially for making friends, connections, and finding a date. However, some new channels Connectd have recently come into the market offering value-added services like guaranteed matchmaking, and counseling facilities.

Social media plays an important role in helping us stay in touch with our friends, and relatives over long distances, while video conferencing allows virtual meetings when meeting physically isn’t possible. However, access to social media usage can lead to an increase in loneliness, since online social spaces often demand performance, interesting status updates, and exaggeration of likable qualities such as posting only happy content and likes, while disapproving of expressions of loneliness.

Retirement And Your Credit Score

All You Need To Know About Business Social Bookmarking