Smoking Kratom: Is It Safe? An Epic Guide

Kratom, also known as Mitragnya Speciosa, is a tropical evergreen tree native plant to Southeast Asia. The leaves of the kratom tree are harvested and used as a botanical, which is also referred to as Kratom. In Southeast Asia, it is commonly used as a wellness supplement used to help increase the feelings of energy and productivity in the consumer. This substance is also used in religious functions and events as a traditional activity.

In Western countries, Kratom is often brewed into a tea and added to protein shakes or other food items, taken orally by tincture or capsule. But can you smoke kratom? Nowadays, people are looking for the answer to their queries about smoking kratom on the internet. This question about smoking kratom is getting trending on the internet as kratom is getting more, and more popular among the masses. 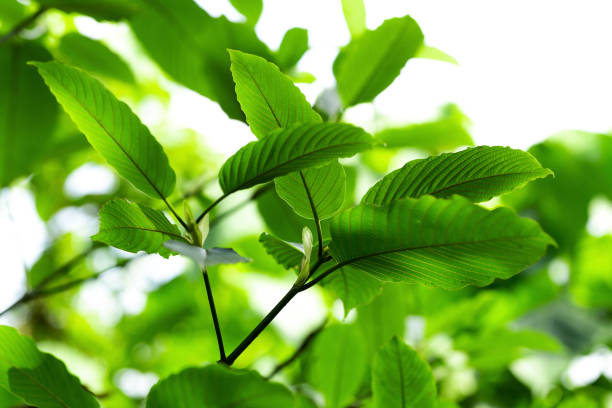 As for other herbal leaves, it is technically a possible option to smoke Kratom; however, as with any smoking, this carries numerous health risks for the consumer. The smoking of this substance may reduce the desired effects of using Kratom in the first place. Kratom Enthusiasts and retailers have often provided alternative ways to prepare or enjoy Kratom without smoking. But first, it is important to understand why smoking kratom is both a health hazard and potentially a waste of good Kratom.

How does Kratom affect the brain?

Kratom, as a herbal substance, can cause effects similar to both opioids and stimulants. Two compounds in kratom leaves, mitragynine, and 7-α-hydroxy mitragynine, have been reported to interact with opioid receptors in the Brain. This results in producing a feeling of sedation, pleasure, and decreased pain. The effects of the substance are better understood, especially when users consume large amounts of the plant.

Mitragynine also interacts with other receptor systems in the Brain to produce stimulant effects. When the substance is taken in small amounts, it has been reported to increase energy, sociability, and alertness instead of sedation. However, Kratom can also cause uncomfortable and sometimes dangerous side effects. 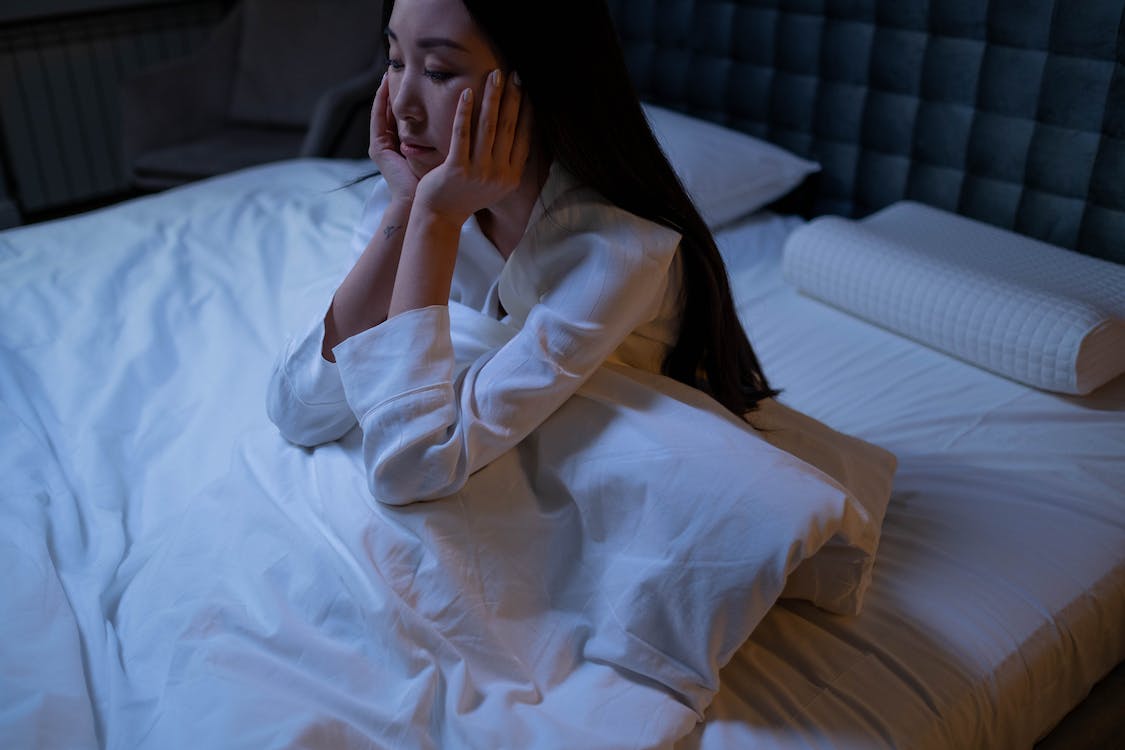 Is it possible to overdose on Kratom?

There have been multiple reports of deaths in consumers who had ingested Kratom, but most have involved other substances. There has been a study in 2019 which consisted of a paper analyzing data from the National Poison Data System found that between 2011-2017.

In that study, it was found that there were 11 deaths associated with kratom exposure. However, Nine of the 11 deaths reported in this study involved Kratom plus other drugs and medicines, such as diphenhydramine (an antihistamine), caffeine, alcohol, cocaine, fentanyl, and benzodiazepines. On the other hand, two of the deaths were reported following exposure from Kratom alone with no other reported substances.

In 2017, the FDA, a regulatory board regarding Drugs and medicines, had identified at least 44 deaths related to Kratom, with at least one case investigated as possible use of pure Kratom. The FDA reports noted that many of the deaths associated with Kratom appeared to have resulted from adulterated products. However, taking Kratom with other potent substances, including illicit drugs, opioids, benzodiazepines, alcohol, gabapentin, and over-the-counter medications, such as cough syrup, can also fatally affect the consumer.

Some reports of Kratom were packaged as dietary supplements or ingredients laced with other compounds, which caused the deaths. It is advised that people check with their health care providers about the safety of mixing Kratom with other medicines.

Reduction of Efficacy by smoking Kratom

There have been various modes of research into the active compounds in Kratom, which are ongoing. However, there is some concern among various kratom users about whether extreme heat can break down the alkaloids responsible for Kratom’s beneficial effects. For the reason of having a perspective, a popular kratom preparation involves making tea.

The process is made by brewing the kratom leaves into an edible beverage in the form of tea. The water boils at 212°F (100°C) before the kratom leaves are added. In contrast, the temperature of a conventional lit cigarette can be close to 1652°F (900°C). Thus, smoking Kratom exposes the leaf to such extreme temperatures that it could easily damage or eliminate any active compounds before being ingested into the consumer. 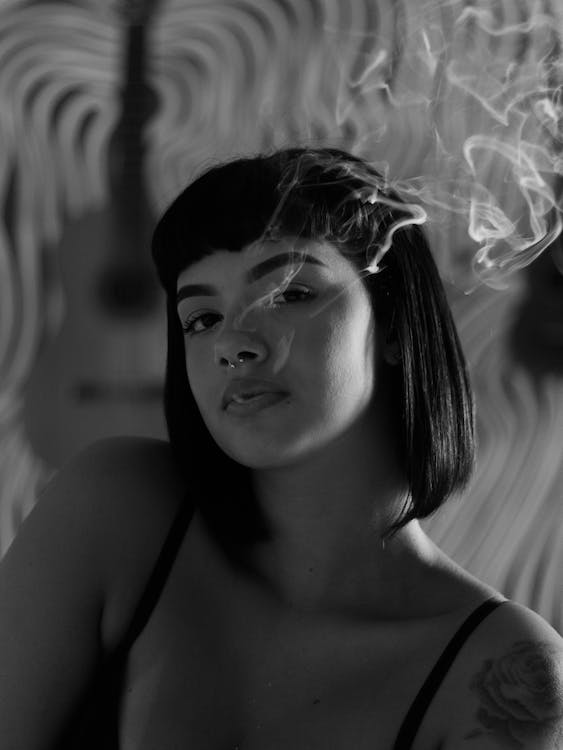 While tea preparation has a long history of being a delivery mechanism for Kratom, the involved temperatures have been reported as too hot as smoking Kratom and carry a significantly lower risk of damaging the product or eliminating its active compounds.

Some confusions may arise because one of the common places where Kratom is available for purchase is smoke shops and head shops. This association is, unfortunately, misleading. This seems to be a counterintuitive act for a place dedicated to smoking to be selling a product that should not be smoked.

However, due to Kratom’s relative novelty to the market and its lack of regulation, this association has led to the idea that smoking is a viable way of consuming the substance. This is why the best place to buy Kratom is not from a smoke shop but a reputable dealer specializing in Kratom. There has to be a sense of the industry and product knowledge to advise you on the best strains and methodology for the usage.

Side effects of Smoking Kratom

The side effects of using Kratom can be fatal and harmful if not controlled by the consumer. The lung tissue of human beings is thin, full of capillaries, and highly absorbent. They have to be in such a condition for people to be able to breathe. This makes inhalation one of the fastest delivery methods for an ingestible product like a herb. However, this is another reason for what makes lungs so vulnerable to damage.

Because lungs are so good at absorbing what is being inhaled, smoking can allow many other chemicals. This includes carcinogens generated through burning carbon-based matter, like leaves and other combustible elements involved in the process of smoking. When smoke is inhaled through the lungs, any chemicals or compounds present easily seep into the bloodstream via the lung tissue and quickly travel to the Brain.

Though there are not enough studies or evidence specifically pointing to the bodily dangers of smoking kratom, the smoke from the substance has been reported to be dangerous to lung health. It may cause other health effects such as:

Kratom is used as a Medicine

In recent years, various people have been reported to use Kratom as a herbal alternative to medical treatment. This has been done to control withdrawal symptoms and cravings caused by addiction to opioids or other addictive substances such as alcohol. However, due to the legal stature of the substance, there has been a great deal of lacking in the process of proper research and studies regarding the reactions of the substance to the consumer. There is no scientific evidence that Kratom is effective or safe for this purpose; further research is needed.

Kratom is, however, reported to be psychoactive, which means even mild dosage can cause sedation. Thus, it is better to be aware when deciding to smoke kratom. The problem with smoking kratom is that there is no perspective on the right dosage. Thus, it is better to consider other ways to smoke this compound, including vaping the substance. Surprisingly, millennials like to infuse Kratom in foods, beverages, edibles, snacks, desserts, and skincare products. With time, the amount of stress levels has considerably increased and has changed its types as well. The substance is known for its stimulating and sedating effects, depending on the usage of the substance. With a lower dosage of the substance, the consumers render a stimulating effect that can be beneficial for the consumers in various ways. Whereas if the dose is increased, then the effect of the substance becomes seating in nature.

Related Topics:kratomsmoking kratom
Up Next